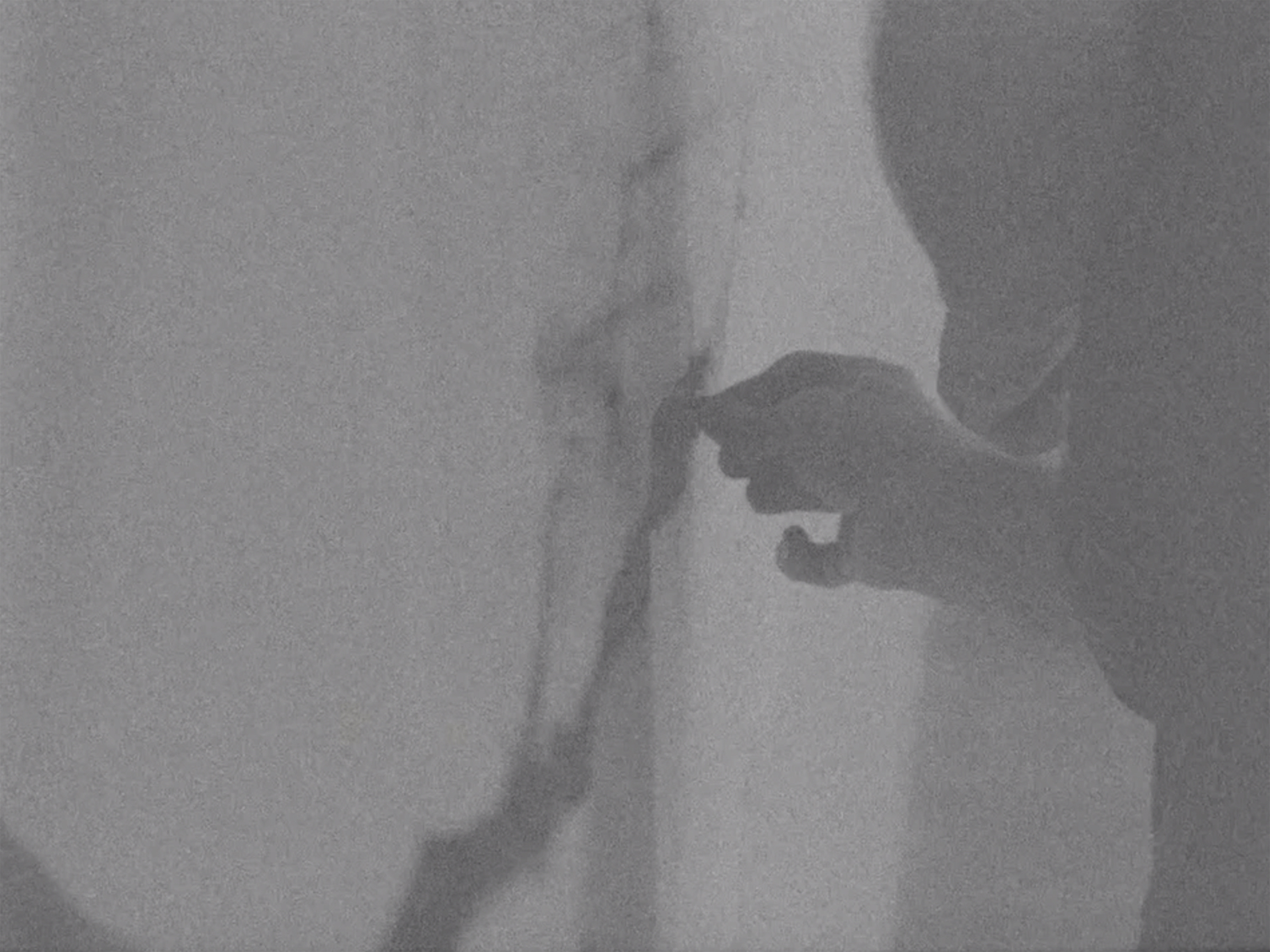 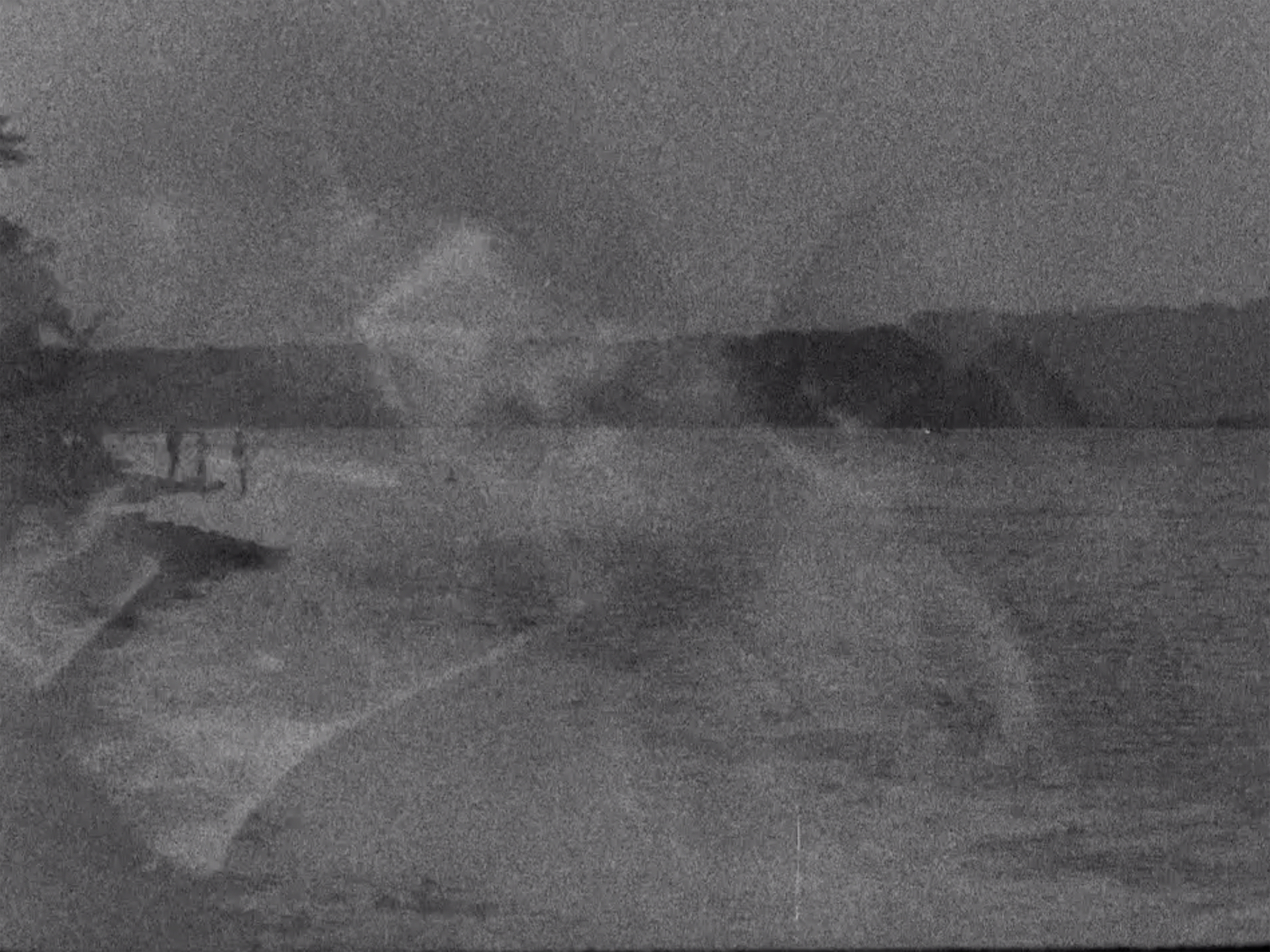 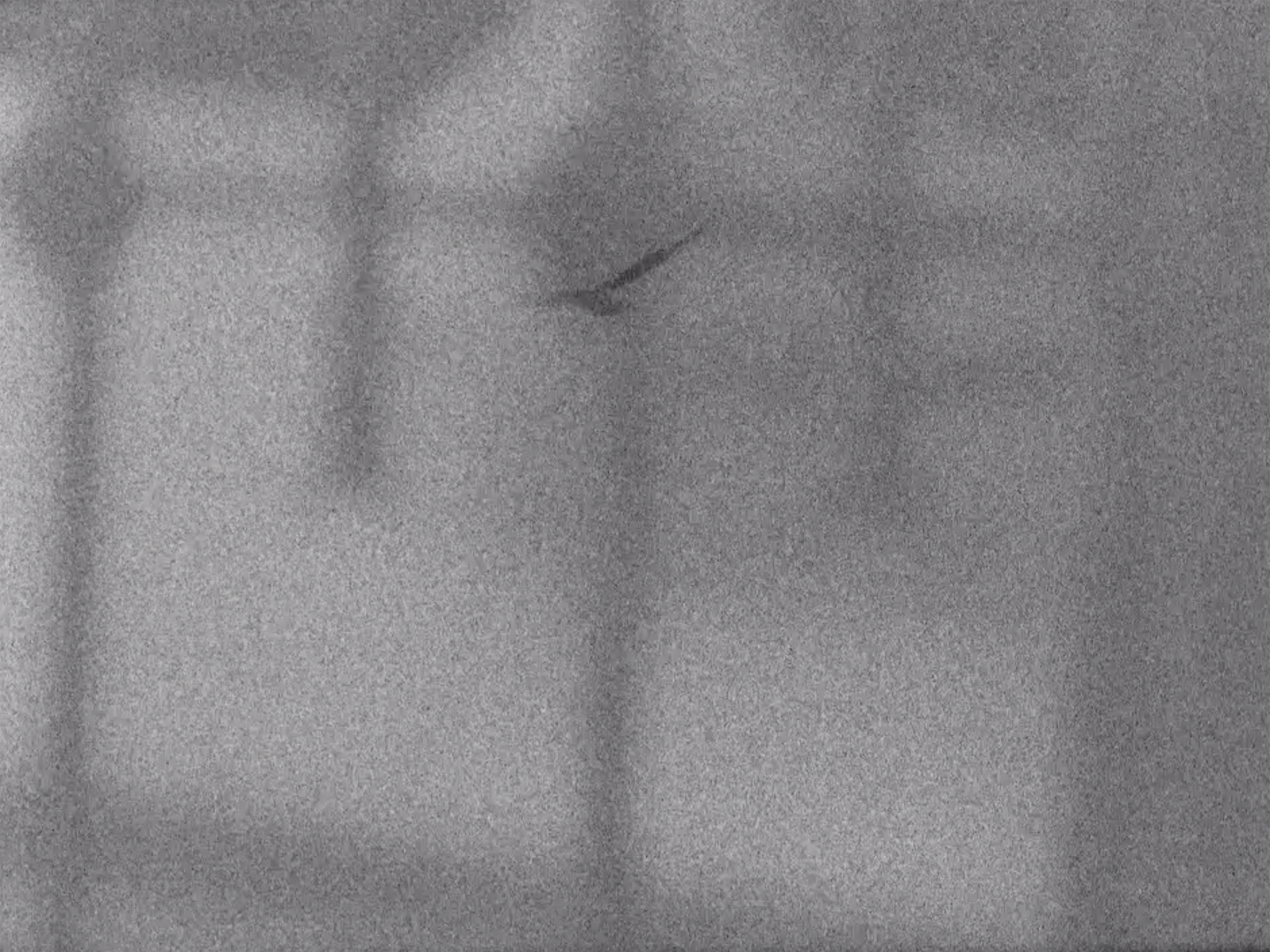 Large scale painting as sound performance: Composing is a filmic documentation of the work of the Montreal (Canada) based composer Symon Henry. In his artistic oeuvre Symon combines painting, composition and improvisation. He turns his attention inwards in order to bring scores on the canvas by means of large-scale coal drawings. The dust of the coal digs into the paper like a river. Imaginary layers are unfolded. The hands of the composer rub, scratch and cut. The materials he uses generate an intriguing sensuality. Something internal arises, a corporeality is being drawn that is later turned into music. He feels the sounds in his body and stages them accordingly–the darker the color, the deeper the tone. Vocals are articulated in delicate tones of red. An acoustic environment is built up, maybe not immediately audible, but certainly perceptible.

The sharing of a canvas is a sensitive undertaking. Crossroads is based on a workshop, a narrow engagement between just two people, extended over the course of three days in August 2018. The landscape anthropologist Juan Rojas Routon and I discussed research materials and made three collective paintings. Painting was used as method to plunge deeper into the individual modes of thinking. Aesthetic vocabularies and languages were entangled on the canvas. The operating theater, according to Juan, was transplanted on the table: “Our hands acting in the place of those of the surgeons, the landscape that emerged – the body of an unconscious patient.” Colors, structures and ideas conflate. Moods and feelings are transferred. An inner participation unfolds.

A man buries his head in his hands. This image was once considered an icon of the anti-psychiatry movement in Italy. Manicomio, the madhouse, as total institution, comparable with a camp where the mentally sick were locked up and, for the most part, died, articulates my inner rebellion against an omnipresent fascist atmosphere. I visited former mental hospitals in Gorizia (Italy) and Vienna with the intention to capture traces of a certain repressive architecture. I filmed in the parks and gardens where the patients could spend time after the institutions were opened. Digital video material is combined with analog 16 mm recordings. An assemblage is generated. Image layers fuse together. The camera gaze oscillates between a visceral interiority and rigid architectural structures. Walls are teared down.

The body is turned inside out. Rehab addresses the weeks of recovery after my hip was surgically replaced. For this I combined video material that has been shot during surgery, images of the cherry tree I see when I look out of the window of my apartment, and scenes of a round dance I did in my living room. The film was made when I was doing my ambulant rehabilitation at the clinic where I was operated on a few weeks earlier. At this time, I was still not able to move properly. I had to do physical exercises on a daily basis. The piece is an attempt to articulate my feelings, my ups and downs, during the process of healing.

I would like to thank all of my countless collaboration partners, patients, surgeons, anesthetists, scrub nurses, my colleagues in the social sciences and visual arts, and, last but not least, people of the local communities I visited during my travels! Without them, my research and artwork would be impossible. The research project Visceral Operations / Assemblage is funded by the Austrian Science Fund (FWF). Thank you!